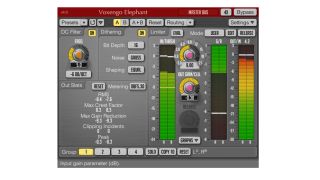 Elephant 4.0 adds a new EL-4 mode, which the developer claims offers limiting with less harmonic colouration, and which brings the plugin's total number of predefined modes up to nine. The latest version also adds a handful of new parameter controls, including Timing, Release To Attack Ratio and Release Shape, along with a new Dynamic Release Control limiter stage.

Elephant 4.0 is available now in 32- and 64-bit VST and AU formats, currently at an introductory price of $99.95. For full spec details or to try a demo, head over to Voxengo.