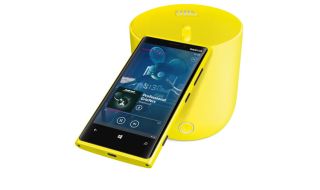 Mobile phone website PhoneArena.com is reporting that Nokia Music - the firm's music-streaming service, presently exclusive to Nokia-branded products - is to be made available on iOS and Android platforms.

The service operates in a similar fashion to Spotify Radio, offering customised 'stations' and playlists for the user to stream, or - for a subscription fee - to download and play offline.

Citing leaked internal training material, PhoneArena reports that the mobile phone company is planning web apps for both iOS and Android platforms and that it has seen images of the Nokia web app for rival platforms.

In addition, Nokia also recently rolled out its music service in several new territories, among them Thailand, Malaysia and Vietnam - areas where the likes of Pandora and iTunes are yet to launch.

The latest news would appear to further contradict the previously held industry expectation that the service would either be shut down or integrated with Xbox Music following the sale of Nokia to software giant Microsoft.