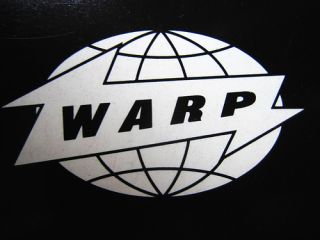 Will Warp get a new Aphex record for its 20th birthday?

Aphex Twin fans who are keenly awaiting the arrival of his new album now officially have a reason to start getting excited: his record label boss has announced that "It's definitely on its way".

Speaking to BBC 6 Music, Warp founder Steve Beckett also revealed: "We're definitely going to be putting out a new album by him. Hopefully it will be this year, if I can prise it out of his hands."

This would be the first release from Aphex Twin (AKA Richard James) since 2006's Chosen Lords compilation. This collated material from the vinyl-only Analord series of recordings.

Despite Beckett's confidence that an Aphex Twin album is in the pipeline, he told 6 Music that he has no idea what it'll sound like.

"I don't know a single note or anything about it. It will be as much of a surprise to me as anyone else."

Warp is marking its 20th anniversary this year, and will be hosting a series of events around the world in celebration of this milestone. Beckett confirmed that Aphex Twin will be appearing at the first of these - in Paris on 9 May.

Fans can vote for their favourite Warp record of the past 20 years on the Warp20 website.