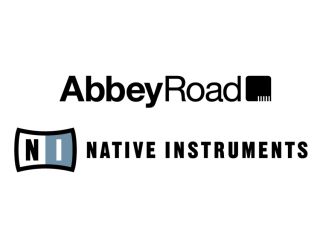 Native Instruments has announced that it's entered into a partnership with Abbey Road Studios with the intention of creating "advanced software instruments of exceptional sonic quality and musical value".

We're told that the first product to result from the partnership will arrive early in 2010, though no further details on what this is have yet been revealed. Abbey Road has already released several plug-ins of its own, but whether these will re-appear bearing an NI badge remains.

"Both popular music culture and the recording arts are indebted to Abbey Road Studios in many ways," commented Sascha Kubiak, Director of the Producer Division at Native Instruments. "We are excited about the challenge to develop software instruments that will put the Abbey Road sound into the hands of musicians and producers everywhere".

Meanwhile, Glyn Roberts, Head of Audio Products at Abbey Road, said: "For over a decade, Native Instruments have been creating groundbreaking tools for artists to create and perform music. We are looking forward to working closely with Native Instruments' developers to create exciting and innovative instruments for musicians of all genres."

The marriage of two such well-regarded companies is sure to excite music-makers - let's hope that they can deliver products that live up to their reputations.

For more on the new partnership, check out the video below.