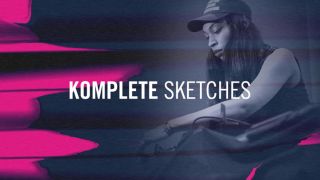 Native Instruments invited 24 artists to create tracks with nothing but Komplete 11, and the results are in.

The list of artists includes the likes of Throwing Shade, Om Unit, Mumdance, Robot Koch and Chino Amobi. They were challenged to create a new musical idea using only instruments and effects from the German developer's software bundle.

Here are a few examples of the work that's been produced

Chino Amobi's approach was to "create a drum loop in Polyplex by randomising a beat pattern, which I added reverb and a slight delay to." He then added strings using Kontakt's string ensemble, which were played on a MIDI keyboard. Additional percussion was sourced from Polyplex and the idea was completed with a touch of Razor.

Mechatok, a Berlin producer and member of Stockholm-based crew Staycore, used a slightly modified preset from the FM8 Synth for the lead melody and the chords in this musical sketch. The bass sound was built in Massive, whereas the percussion and drums were made with Battery while using some of the factory samples and some he created himself using Battery's internal effects.

London-based Throwing Shade made this sketch using a selection of presets in Massive: 1991, Astral Saw, and Slightly 5th. "The idea was to create a piece with lots of space in it by utilising a wide frequency range, emphasised further by track panning."

For the full lineup of producers head on over to the Native Instruments website.