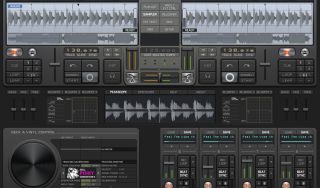 Belgian software developer Image Line will be exhibiting at NAMM, and it'll be showcasing a revised version (1.2) of its acclaimed Deckadance DJing software. Crucially, this adds Mac compatibility to the feature set.

It's widely acknowledged that a large number of pro DJs, producers and remixers use Apple computers, so the addition of OS X support looks certain to enhance the software's credibility.

It should also be noted that the software now comes in two editions: Club Edition and House Edition. The former contains the full Deckadance feature set, while the latter omits the timecoded vinyl/CD transport control features.

Deckadance Club Edition and House Edition cost $179 and $99 respectively. Both can be ordered via the FL Studio web shop, while a demo can be downloaded from the dedicated Deckadance website.