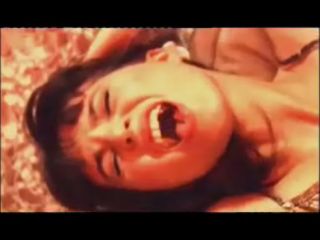 Someone call an ambulance, quick.

Back in June, Moby launched a competition that offered aspiring video directors the chance to create a promo for Ooh Yeah, a track from his latest album Last Night. Now he's picked a winner, and it looks like he wants to get his sexy on.

The clip, which was directed by Matteo Bernardini, takes us onto the set of a fictional 1970s skin flick - there's definitely a Boogie Nights vibe around the place.

The film features characters with names like Angelica La Lapin, Crystal Menthe, Foxy Candy, Bunny and Big Rob (best not to ask how he got his moniker).

Rob turns up to deliver a pizza and, well, you can probably guess what happens next.

The electronica survivor has also revealed that the overall standard of entries was very high: "Most of the submissions were actually really good, and it was hard to pick a winner".

Matteo and his co-creators have won $10,000 - and the honour of having their work used as Ooh Yeah's official promo, of course.