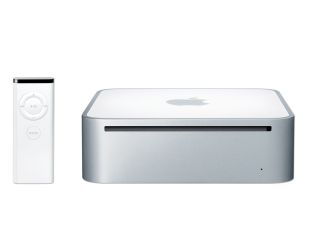 The new Mac mini could have an aluminium enclosure. (Image credit: Image courtesy of Apple)

Just a couple of months ago, rumours were rife that Apple was set to consign its Mac mini to the computing scrapheap. However, the latest whispers are that a significant refresh for the machine will be announced in January.

Wired speculates that a new Mac mini will be one of the products launched at the 2009 Macworld Expo that kicks off on 5 January. This information comes from an unnamed source.

It seems that this could be a pretty big update, too: Wired reckons that the next-gen Mac mini could be kitted out with an aluminium 'block' casing that's similar to those on the latest MacBooks.

Two versions of the machine are predicted - with 2GHz and 2.3GHz processors - while 2GB of RAM (expandable to 4GB) could come as standard. Expect to see hard drives of at least 160GB capacity and prices that are $100 lower than those being charged for the current models.

This all sounds pretty plausible to us, though we'd be surprised if this was the only announcement Apple made in January. We'll let you know if the rumour mill spits out any more tidbits during the course of the next three weeks.