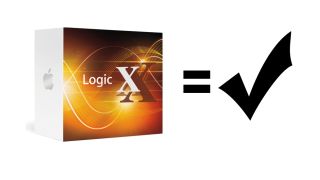 Logic Pro lives! [NB. in case you didn't guess, the image above is a mock-up, and certainly not the official packaging, name or announcement of the new Logic]

Over the past week, various rumours have been circulating online speculating that Apple had "decimated" its pro audio development team (ie. made multiple redundancies) and that there would be no further versions of Logic Pro.

Fortunately, Apple has today pointed MusicRadar in the direction of a post on the forum Gearslutz, drawing attention to an email response sent to one user from Apple's Director Of Music App Product Marketing Xander Soren, confirming that Logic is still very much alive.

In the email Soren states: "As the lead for our music creation apps, I always want to hear what our users are thinking. I want to assure you the team is still in place and hard at work on the next version of Logic Pro."

It worth reiterating that, while Apple avoids commenting officially on rumours and speculation, it was Apple that drew MusicRadar's attention to the post - effectively verifying its authenticity.

So, Logic Pro lives, although we still don't know when we can expect the next version, or what new features we might get. You can, however, check out Logic Pro X new features: what we want to see to find out the upgrade requests of some notable Logic users.