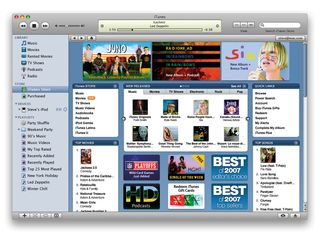 Will iTunes soon be picking your songs as well as playing them?

Everyone's expecting new iPods (and possibly new Macs) at Apple's 'Let's Rock' event next week, but now we hear that iTunes 8 could make its debut there too. Reports indicate that this may include a 'Genius' feature that automatically constructs playlists of similar material.

According to a source close to Digg founder Kevin Rose, Genius "makes playlists from songs in your library that go great together. Genius also includes Genius sidebar, which recommends music from the iTunes Store that you don't already have."

Although a tool that works along these lines would be a welcome addition to the iTunes feature set, this kind of functionality is by no means new. Tagtraum Industries' beaTunes, for example, operates in a similar way: it works alongside Apple's software and does a pretty good job of creating playlists that contain similar-sounding songs.