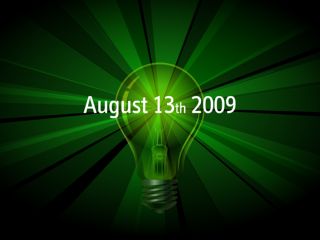 IK has had a 'lightbulb moment'...

Teaser trailers for new products have a habit of being as frustrating as they are intriguing, but if the one on IK Multimedia's website is to be believed, the company has something big up its sleeve.

After reminding you of some of its previous achievements, IK's brief video presentation asks you to get ready for nothing less than "the reinvention of music making", so whatever the company has been working on, you certainly couldn't accuse it of underselling it.

What the product is remains a mystery, though the fact that the trailer says that it's something for "everyone, everywhere" will inevitably cause people to speculate.

Based on this claim, our best guess is that it may be some kind of cross-platform recording package that can be used online (everyone and everywhere, y'see), but we could be wildly wide of the mark with that.

At least we don't have too long to wait until all is revealed: the new product will be unveiled on 13 August.

In the meantime, check out the trailer and draw your own conclusions.