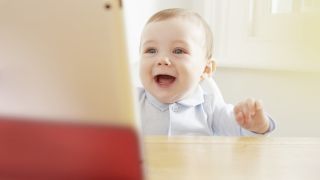 One of the biggest debates in modern music production, tackled head-on by six software developers and a pro producer…

"It's our goal to make music production easier; and this would be straightforward had users' expectations halted at the four-track recorder level used by The Beatles! We believe in providing the necessary tools to create at the highest standard, inspiring creativity rather than limiting it with complexity. What happens to the end product is dependent on far more than just the tools provided in the software. Is it too easy? Well if it were, wouldn't we all be rock stars?!"

"No. We are in a period of music evolution where talent and creativity are merging. There are many ways to create compositions now, and I believe that needs to be embraced. If someone legally uses technology to create musical greatness, then they should be commended. Great songs/recordings that resonate with a listener - no matter how they are created - will rule the future."

"As long as you have a modern computer at your disposal, producing music is much more accessible today than it was 25 years ago. So much the better! But I don't think 'accessible' means 'too easy'. Creativity, daring innovation and mastery of tools have always been and still are the names of the game. All of these can only be acquired with much patience, even in a digital world with so many tools and tutorials."

"No. Making great music has never been - and will never be - a simple task, regardless of technological advancements in computational creativity. Unfolding that special magic necessary to move people on a deep emotional level requires talent and a lot of skill, but above all, an empathic link with the audience.
"Technical systems lack empathy. So, as tools for composers, producers or DJs, they can very impressively open unexplored routes on the structural level. However, the weight of the music's emotional message still depends on the proficiency of the human creator."

"Today's music software makes a lot of things easier. Tools can really help you to achieve a better sound without a complicated setup. A plugin like VolumeShaper is easy to use and you don't have to spend a lot time setting up a compressor and sidechain routing to achieve a ducking effect. That way, you can stay more focused on the creative part.

"But does it make it too easy? Not really. To make a good track or recording still requires a lot of work, effort, knowledge and - last but not least - talent."

"We have to force ourself to remove options from our workflow since it's too easy to get distracted and lose focus when you have too many tools at your disposal. It's good to be able to choose between so many amazing plugins but, once you have found what you like, it's better to focus on it and know it inside out. Imposing limitations stimulates creativity and forces you to think outside the box. After all, this is what the big names do - they learn a tool and stick with it."