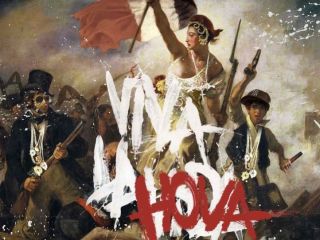 Following the revelation that Jay-Z is to guest on an official new Coldplay song, we can now bring you news of an album-length collaboration between the two acts. Viva La Hova is by no means a 'proper' release, but it seems to have the blessing of Chris Martin and co.

Created by a range of different producers, Viva La Hova is completely based on vocal samples from Jay-Z songs and beats from various Coldplay tracks. Unlike Danger Mouse's notorious Grey Album, its source material doesn't come exclusively from two specific records, but it's an impressive mash-up feat nonetheless.

Coldplay certainly seem to approve, as a message on their website says: "It may not quite be the cup of tea of the EMI and Roc-A-Fella music lawyers, but we're rather enjoying the new Viva La Hova bootleg album which has popped up on the internet this week".

A bit of previous

It was EMI, of course, that attempted to prevent the release of The Grey Album (this contained countless unauthorised samples from The Beatles' White Album) but whether it'll take a similarly hardline stance in this case remains to be seen.

The full tracklisting for Viva La Hova (plus the songs that were sampled) is as follows: