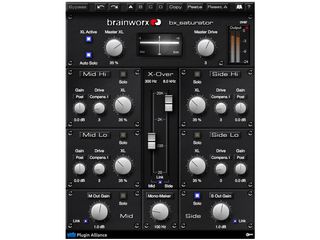 Brainworx has become the top dog when it comes to in-the-box M/S processing, and its new saturator plug-in seems to be in line with the standards the company has set.

Aimed at adding the warming touch of subtle distortion to in-the-box signals, Brainworx claims that the bx_saturator works just as well on individual tracks as it does on the master output. It gives you the ability to saturate the mono and stereo signals independently and saturate the high and low frequencies separately.

Check the video below, courtesy of Brainworx, for a better understanding of how M/S processing works

bx_saturator is available now for an introductory price of $179 over at the plugin-alliance.com site.