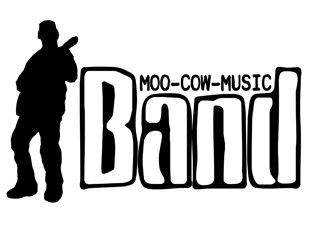 Band on the run: MooCowMusic's app lets you make music anywhere. Sort of.

Apple's App Store has been open for several days now and, at the time of writing, MooCowMusic's Band is still in the top 10. As we reported on Friday, this is the official version of the music-making application that's been available to adventurous iPhone owners (ie, those who were willing to hack their hardware) for months.

So, can you actually make music with it? Strictly speaking, the answer is yes, but if you're expecting GarageBand for the iPhone, you're going to be left disappointed.

Band features five playable instruments: a drum machine; Funky Drummer; Bassist; Grand Piano; and 12 Bar Blues. Audience might be classed as an instrument too, but given that it can only be used to generate crowd noise, I'm not going to say any more about it here.

There's no visible recording screen, but it is possible to capture your performances in real-time and save them as songs (you just keep overdubbing parts until you're happy or you've reached the maximum polyphony limit). A built-in metronome helps you to keep in time, and each instrument's volume and pan can be adjusted for mixing purposes.

So far, so good, and it should be said that Band is designed in such a way that you can be playing and recording its instruments within seconds of firing it up. The problem, though, is that creating songs that someone else might actually want to hear is extremely difficult.

Playing chords on the piano, for example, is nigh-on impossible - it always seems to be the case that the notes are triggered slightly after each other rather than at the same time. Bassist feels slightly better, but it's very difficult to play anything in time, even when you've got the metronome rolling.

It's the same story with the drum machine: it sounds OK, but getting your beats to sound tight is very tricky.

12 Bar Blues is probably the most instantly gratifying of the instruments - as its name suggests, this lets you create your own blues groove by stitching together a selection of riffs, and you can add lead guitar parts over the top. Oddly, though, the lead guitar sounds ever so slightly out of tune with the piano.

Band is a bit of a laugh, but the chances of you creating anything of any consequence in it are minimal. The fact that you can't edit performances after they've been recorded is the biggest limitation; it means that you have to be perfect with your playing, and as I've already mentioned, this isn't easy. The quality of the demo songs demonstrates that it is possible to get reasonable results, but Band doesn't offer enough to convince you that it's worth devoting any serious amount of time to.

None of which is said with the intention of belittling MooCowMusic's achievement. From a technical perspective, Band is impressive - it just feels more like a demo for what might be possible in the future than it does a fully-fledged application.