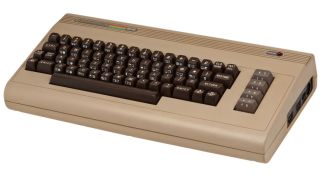 The Commodore 64: It's reckoned up to 17 million of them were built

Pop quiz: what's the biggest selling computer model of all time? Various Apple, Dell, Hewlett Packard, or even Atari models spring instantly to mind, but none of those companies' products have ever matched the staggering sales figures of the Commodore 64.

Released in 1982, the C64 was a watershed. For $595, it offered advanced graphics, sure, but more importantly to us, a built-in sound synthesis chip with unprecedented opportunities for software developers.

The MOS Technology SID (Sound Interface Device) chip was designed by none other than Bob Yannes, who would later co-found Ensoniq, a company whose synthesisers and samplers would help to bring the price of electronic music within reach of the gigging musician.

A musician himself, Yannes was unimpressed by the capabilities of computer sound processors of the time, and turned his attentions toward developing a sound chip with a fully fledged subtractive synthesiser onboard. The resulting chip offered three independently programmable oscillators, each with sawtooth, triangle, pulse and 'pseudorandom noise' waves from which to choose. A multimode filter allowed low-, high- and band-pass filtering, which could be combined to form a notch filter. Unlike previous computer sound chips, the SID offered three ADSR envelopes (one for each oscillator). Oscillator sync and ring modulation (using the triangle waveforms) were also provided. Input options included a pair of 8-bit A/D converters (for game controllers and eventually mouse control) as well as an audio input that could be used to mix the sound with external signals.

Thanks to a less-than-ideal manufacturing process, the Commodore's 6581 chip could be tricked into supplying a virtual fourth channel that could be used for primitive 4-bit sample playback, a feature that was gleefully exploited by many a game developer of the day, initially cropping up as a resource for sampled speech.

The sound of the SID chip is inextricably linked with game music, and more than a few top game composers made their initial impression writing for C64 titles, Chris Hülsbeck and Martin Galway among them.

The C64 may be long gone, but the bleeping, chirping SID sound is as vital as ever. Swedish hardware manufacturers Elektron got their start with the SIDstation, a hardware box built around surplus SID chips, and their recently discontinued Monomachine SF-60+ MkII counts a stonking SID emulation among its many available synthesis engines.

Software SID emulations are plentiful, with countless variations freely available across all platforms, though as you might guess, some purists insist on the real deal. As such, SID chips - and Commodore 64 computers - have become wildly popular among DIY builders. Thankfully, secondhand prices are still reasonable, though there are some unscrupulous folks out there making and selling counterfeits to eager, unwary buyers.

The Commodore 64 - and the sound chip that provided its distinctive voice - went off the market way back in 1987, but the sounds it made continue to inspire and impress.

Windows users are spoiled for choice when it comes to free SID emulators. Some of the best freeware developers on the scene have whipped up their takes on the C64, and veteran SynthEdit developer ODOsynths have contributed several of them over the years. With an interface that'll instantly take you back, Unknown64 is the best of the lot.

Another Windows-only freebie, basic65 offers a dead-on copy of the C64 signal path along with a pair of arpeggiators for creating those signature sequenced passages so popular among game composers. Ring mod, oscillator sync, and low-res grit and grunge make basic65 an obvious choice for your next chiptune opus.