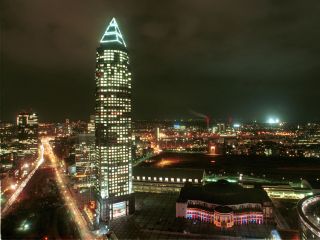 The world's music equipment manufacturers are descending on Frankfurt.

The start of the 2009 Frankfurt Musikmesse is just hours away, so naturally, talk is turning to the products that will be launched there.

On the hi-tech front, there will be some notable absentees from the show floor - the likes of Native Instruments and Ableton aren't exhibiting, so don't expect any major announcements from them - but other exhibitors will have new gear.

You can keep track of what's happening on MusicRadar's dedicated Frankfurt blog, where you can expect us to be paying particular attention to the following...

The UK company has assured us that it'll have the "the biggest music-making product of Musikmesse 2009", so it's clearly pretty confident about whatever it is it's taking to the show. A press conference is scheduled for 11.45am tomorrow, so we should be able to bring you all the details on our Frankfurt blog around noon.

Thanks to a pre-show press release, we have a pretty good idea of what this one's going to be already: a sister product to the VS-700 that looks set to work with software other than Sonar. Again, we're expecting full specs to emerge at some point tomorrow.

The first product to feature Celemony's Direct Note Access technology was officially unveiled at the Winter NAMM Show - now we're hoping to see it in a finished (or almost finished state). Who knows, we might even get a release date.

We only got wind of this miniature synth/controller this morning, but the good news is that Teenage Engineering has a stand at Messe, so we should be able to bring you further details over the next couple of days. Whether there'll be a prototype we can actually touch and play with, though, remains to be seen.

5. The product we don't know anything about yet

Admittedly, new product rumours have been a little thin on the ground in the run-up to this year's Musikmesse, but someone usually springs a surprise and delivers something we weren't expecting. And, of course, MusicRadar will be on-hand to tell you all about that something as and when it gets announced.