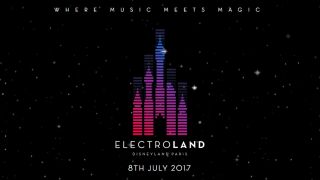 Visitors to Disneyland Paris are routinely offered a magical experience, but it’s DJs who’ll be casting a spell on Saturday 8 July when the park plays host to Electroland, an “EDM haven” that’s being headlined by Steve Aoki.

As well as enjoying performances from Aoki, NERVO and Michael Calfan, festival-goers will also have evening access to DLP’s many attractions, ensuring that the whole event should be a rollercoaster ride with plenty of big drops.

Promising “immersive partying”, Electroland will also feature giant LED screens and projection mapping on to The Twilight Zone Tower of Terror. You don’t get that at Creamfields.

Electroland is designed to reach out “to the generation born with the Disneyland Park 25 years ago, offering the chance to see the park as it has never been seen before”. Tickets are available now from the Electroland website, with prices starting at $68 for a standard ticket.