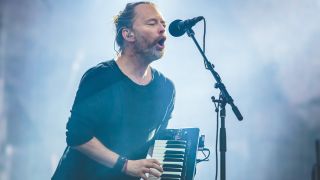 The Radiohead/Lana Del Rey copyright case has taken another twist, with the British band’s publishers Warner/Chappell refuting Del Rey’s Twitter claim that they’re seeking 100% of the publishing rights for her song Get Free.

It’s true about the lawsuit. Although I know my song wasn’t inspired by Creep, Radiohead feel it was and want 100% of the publishing - I offered up to 40 over the last few months but they will only accept 100. Their lawyers have been relentless, so we will deal with it in court.January 7, 2018

The dispute centres on Get Free’s alleged similarity to Creep, Radiohead’s 1993 hit, but Warner/Chappell say that no lawsuit currently exists.

“As Radiohead’s music publisher, it’s true that we’ve been in discussions since August of last year with Lana Del Rey’s representatives,” reads a statement. “It’s clear that the verses of Get Free use musical elements found in the verses of Creep and we’ve requested that this be acknowledged in favour of all writers of Creep. To set the record straight, no lawsuit has been issued and Radiohead have not said they “will only accept 100%” of the publishing of Get Free.”

By “all writers”, Warner/Chappell means both Radiohead and Albert Hammond and Mike Hazlewood, who wrote The Hollies’ hit The Air That I Breathe. They were credited as co-writers of Creep because of the similarities between those two songs.