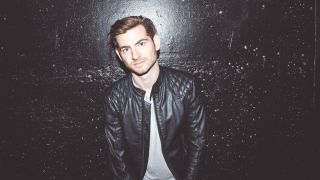 Matt Lange is every inch the 21st century electronic musician, being not only a highly-regarded artist, producer and DJ, but also an in-demand sound designer. To call him a triple threat would be to undersell him.

His latest project is Space Between, a new EP that’s released on mu5trap today. This has the potential to introduce him to a wider audience, as he transcends his glitchy, modular origins to create a sound that’s altogether more accessible. Several official remixes are also in the pipeline; Crystal Method, deadmau5 and Above & Beyond have all engaged his services.

Factor in Matt’s film work (Ready Player One, Blade Runner 2049, Deadpool 2, The Fast & Furious 8, Transformers: The Last Knight) and video game projects (Counter-Strike Global Offensive, Tom Clancy's Rainbow Six Siege, DOTA II) and you have a man who knows this business better than most. Here’s what Matt’s learned from plotting a successful career through it.

“Whether it’s tuning a vocal, making a glitchy edit, using a de-esser, or even pulling a preset, if you have the time available to do whatever task you’re trying to do manually (as opposed to using an automated process), it’ll almost always end up sounding far better.

“I work almost exclusively within audio, as opposed to a lot of MIDI, and this allows me to make all sorts of quick edits and fixes by hand without the need for messy automation. It makes all the difference and, on top of it, it gives you a style that most people won’t be able to emulate very well either because everyone will do it slightly different and to their own taste.

“Do it the hard way. I promise you it’s worth the extra effort.”

2. Get out of the computer

“While the computer/DAW enables us to do all sorts of tasks that are physically impossible in the real world, it will never be able to have the same emotional impact as the way Eric Clapton bends a string, or Sufjan Stevens recording a beat-up guitar super lo-fi in a hotel room with a tape deck.

“When it comes to editing, of course, the computer is king, and there are certain functions, such as granular synthesis, that exist only within the digital domain. However, there are ways to have a physical interaction with those, too, be it via modular synths or an iPad controller.

“In general, I’m far more inspired sitting in front of the upright piano in my house, or detuning an acoustic guitar into a bizarre open tuning and finding melodic ideas, than I can ever be by simply looking at a plugin instrument. And it’s not to say this is exclusive to acoustic instruments. Actually playing a real synth, and having the ability to play the filter with one hand while your other handles the keys, is incredibly expressive.

“I do believe that physical interaction with your instruments is what gives you your own unique voice. Anyone can click MIDI notes into a timeline. Only Clapton can bend a string like Clapton.”

3. Be true to yourself and stay the course

“Cliché as it sounds, this is probably the most valuable lesson I’ve learned over the years. Minus a few exceptions, the works of mine that were the most successful (and that doesn’t necessarily mean financially) were the ones where I paid little attention to what anyone else thought, and just created what I wanted to hear, and expressed what I needed to express.

“Quite often, these were the most cathartic musical moments for me as well. Moments like those are more euphoric than any substance could ever be responsible for, and that’s a dragon I’ll always be chasing. I truly believe that listeners can tell when a piece of music is genuine or not. The strongest way to build a long-term and loyal fanbase is to be emotionally affective. Do what you love, be unapologetic about it, and don’t stop or change for anyone other than yourself.”

4. Hesitation is the biggest failure

“This is one that I still battle the most, quite frankly. It’s easy to hesitate, procrastinate, and not get the actual work done for a litany of reasons. Usually, it’s fear, and consequently, we often tell ourselves things such as ‘No one will like this’, ‘it’s not good’, or - if you’re lucky - ‘I’m terrified because of how naked I feel’. Our perception is as responsible for our reality as anything else, if not more so, and the limiting beliefs we carry about our own work do nothing to serve us.
They only hold us back.

“Whatever you need to do to get out of your own way and push forward, embrace it. It could be anything; from meditation, to yoga, to reading, to skateboarding. Getting your head into a space where you’re comfortable, clear-minded, driven and confident is the goal, and an ancillary benefit is that this positively affects your entire life, not simply your art.”

“The biggest issue, of course, is that you constantly end up comparing yourself to distorted and often fictionalised versions of others. Be it artists, friends, ads, anything. It’s all in your face screaming that ‘You’re Not Enough’.

“There are plenty of statistics coming out these days about how the current generation has a much higher percentage of those who struggle with anxiety and depression (I should know, I’m one of them), and much of that does come from the social distortions available at any hour of the day, available from any location. Artists, for the most part, are usually quite sensitive (not to mention filled with existential angst), and by the nature of what we do are constantly at risk of rejection, massive emotional swings, financial insecurity, and far worse.

“It’s not a healthy cocktail, but we drink it because we’re in on the secret that nothing else tastes nearly as sweet. Tragically, the industry insidiously uses social media metrics to gauge your value, which in turn has driven many to spend far more time working on their ‘brand’ than the actual content/craft of their art. Everyone loses here... Everyone except Facebook, which I assure you is working very hard to keep your blood-shot eyes glued to its vertiginous empire of algorithmic manipulation and perceived social validation.

“On top of all of that, it’s a massive time waster. These days, I use a program called Freedom to blacklist the websites and apps I find counterproductive while I work. The first time I ran it, I was absolutely shocked by how conditioned I had become to check Instagram every time I was waiting for Pro Tools to render down a file. Fucking Pavlovian thumbs!

“While I do think it’s unrealistic to cut social media out entirely (and the suits do require us to use it at least on a minimal level), limiting your engagement and placing less value on it only benefits your work, which in turn benefits everybody else.”