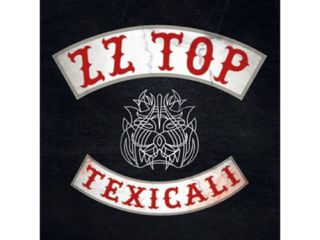 ZZ Top fans will get a generous preview of the band's forthcoming album next week, when the group releases Texacali, a four-song digital collection, on 5 June.

The four tracks that comprise Texicali, like the forthcoming album (to be issued via American Recordings in late summer or early fall), were produced by Rick Rubin and Billy F Gibbons and include I Gotsta Get Paid, Chartreuse, Over You and Consumption. These songs are the first new studio recordings from "That Little Ol' Band From Texas" in nine years.

A couple of weeks ago, listeners were able to sample I Gotsta Get Paid in a campaign for the Jeremiah Weed line of malt beverages that has generated tremendous on-line buzz for the video that depicts Billy, Dusty Hill and Frank Beard performing - to the delight and amazement of the patrons of a convenience store - in a walk-in cooler.

"Based on the visibility of the 'Gotsta Get Paid' song, we decided to make available more of a taste of the album than just the one song," said American's Rubin. "That's the beauty of the new digital landscape; we can put out what we want when we want, in the best service of the artist."

Notes Gibbons, "We were itching to get some new music out before the full album release. Making available these four tracks seems like a good way to accomplish that most expeditiously. Dusty, Frank and I are happy with what's been accomplished in the studio, so we figured we'd provide some hot and tasty 'hors d'oeuvres' before the main course is served this fall."

Fans who purchase Texicali will benefit from a pro-rated discount on the purchase of the full album when it is released. All four tracks will be previewed through an audio stream at Rollingstone.com for one day only, Monday 4 June.