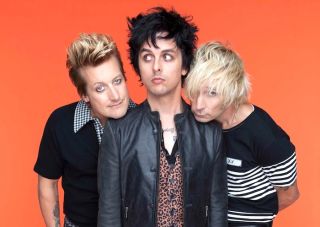 With the biggest punk band in the world currently in the midst of a triple album release (that's the ¡Uno!, ¡Dos!, ¡Tré! trilogy in case you've been under a rock recently), MusicRadar's sister magazines Total Guitar and Metal Hammer have been hard at work putting together the ultimate fan-app on the band, for the iPad and iPhone.

Slated for release in the new year, the app will include a top ten countdown of the best Green Day songs of all time - and its makers want you to vote for your favourite.

Simply vote for your favourite Green Day song from the shortlist below, which was compiled from fan suggestions. What's more, if you leave a witty or insightful comment in the Facebook section below, it might just end up in the app!

So whether you're a basket case, a walking contradiction or simply stuck down a boulevard, we want to hear from you!