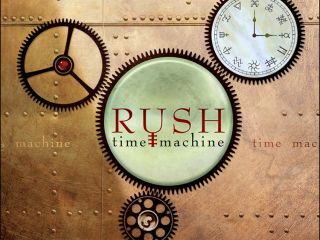 Time Machine 2011: Live In Cleveland will be available on DVD, Blu-Ray and double-CD, featuring full recordings of the band's much-acclaimed world tour. The tour marked the 30th anniversary of the Rush's classic album Moving Pictures, and Rush performed the record in its entirety as the centre piece of each show.

In addition to the CD and DVD, the band will be releasing Moving Pictures Live on vinyl.

To celebrate the releases, we're bringing you an exclusive clip from the DVD, of the band performing their classic track Working Man. Watch the track in its entirety above.

Time Machine 2011: Live In Cleveland arrives on DVD and Blu-Ray via Eagle Vision, and 2CD set via Roadrunner Records on November 7, while the Moving Pictures vinyl set will be released by Roadrunner on November 14.

Check out what went on backstage to make the Time Machine tour happen with Access All Areas: On the road with Rush.