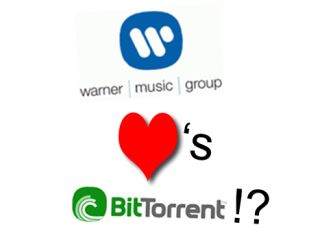 Does Warner heart Bittorrent? If it can make some money from it then quite possibly...

A proposed plan to include a 'music royalty' payment in US university tuition fees could see students legally allowed to download music via Bittorrent, P2P and other filesharing networks.

If successful, some analysts believe a similar model could be adopted to 'monetise' piracy across the entire internet.

The university idea is that a portion of students' tuition fees would be taken by a non-profit organisation (a royalty collection society in the same vein as ASCAP or the UK's PRS) and divvied out to copyright owners. Students would then be able to continue using filesharing networks to download music without fear of legal action.

The plan is crucially different from subscription-based models such as Rhapsody and Virgin Digital - which supply unlimited music for a monthly payment - in that files would be DRM-free. Most subscription services, on the other hand, make their downloaded music unplayable after a subscription is cancelled.

The new plan (proposed by Jim Griffin on behalf of Warner) would apparently be pretty cheap too - perhaps as low as $5-per-month - and it's already attracted the attention of three of the four major labels.

The problem is, however, that all labels, both indie and major, would have to sign up in order for the 'download-what-you-want' scheme to be fair. Even then, many copyright owners may see the plan as a dangerous 'green light' to piracy, opening the floodgates to naïve excuses of "I thought I could download films too" and so on.

Problems aside, though, interest in the plan by the majors is an encouraging sign that the big four labels might now be putting down their pitchforks and flaming torches and instead thinking on their feet about ways to make their artists some money.

Of course, a web-wide scheme (with ISPs actings as the middle-man and distributing money to all copyright owners) would be a logistical nightmare, but the plan is the first serious piracy-fighting idea that doesn't feature advertising to emerge in quite some time.