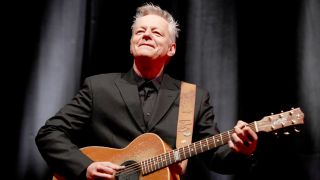 The acoustic guitarist will be stopping for a signing and meet and greet session ahead of his performance at Shepherd's Bush Empire alongside Martin Taylor as part of their 'The Colonel & The Governer' tour.

Admission is free, and all you need to do is head down to Westside MI, 24 Denmark Street at 12 noon on Saturday 16 March to meet the man himself.

You can grab tickets for Tommy's gig on Saturday night from the O2 Shepherd's Bush Empire, and purchase new album The Colonel & The Governer at Amazon.