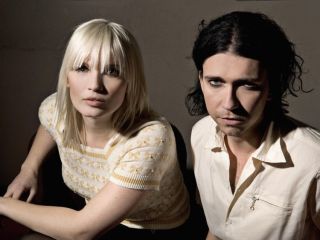 In a move that reflects the growing trend for fan involvement in all aspects of band's careers, Danish duo The Raveonettes have given their fans early access to their album demos.

The duo's aim is to find out what their fans think about their progress so far. "Can't wait to hear what you think," the duo wrote on Twitter, following a posting on Thursday 11 June of a demo entitled Boys Who Rape. Another track, provisionally entitled Last Dance, was posted the previous day.

The Raveonettes intend to continue to invite feedback from their fans, a practice that has already proved popular among other artists.

Power to the people

Earlier this year, Canadian rapper K-OS carved out his own little slice of music biz history by becoming the first artist to release an album mixed by his fans. He has also considered inviting fans to help select which cities he should play on tour.

Barenaked Ladies have also released raw files or 'stems' of their tracks and invited fans to do their own mixes. According to online music marketing guru Terry McBride, radio DJs sometimes select the fan mixes instead of the one created by the artist.

The fan involvement has even spread to merchandise. When Avril Lavigne invited fans to design tour T-shirts, the resulting items proved more popular than those created by the artists and record company themselves.