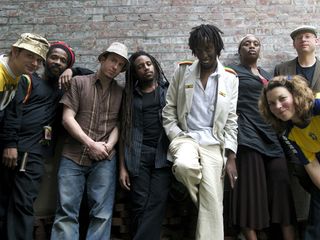 The remake follows the success of Easy Stars' Dub Side Of The Moon: 2003's take on Pink Floyd's Dark Side Of The Moon and, more recently, Radiodread: 2006's play on Radiohead's Ok Computer.

'Lonely Hearts Dub Band is all set for a 14 April release, preceded by an iTunes exclusive first single, With A Little Help From My Friends, on 10 February. Fingers crossed for this lyric: "Ooh, I get by with a little dub from my friends."

Seriously, though, check out the Easy Star All Stars brilliant live cover of Radiohead's Electioneering for a taste of what to expect…