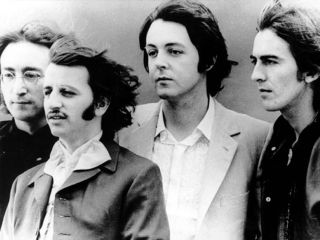 The Beatles are finally a Rock Band!

According to the game's makers, Apple Corps, Harmonix and MTV Games, The Beatles: Rock Band (available for Xbox, PlayStation 3 and Nintendo Wii) "takes players on a journey through the legacy and evolution of the band's legendary career."

While the playlist and other details have yet to be revealed, it is said that a limited number of controllers modeled after guitars, basses and drums played by The Beatles will be available.

On 9 September, players can choose from The Beatles: Rock Band software, stand-alone guitars and a limited-edition premium bundle that we're assuming includes the game, instruments and maybe even some extras.

Giles Martin, son of Beatles producer George Martin, is serving as Music Producer for the Rock Band game, which has the full blessings of the surviving Beatles, along with Yoko Ono and Olivia Harrison.

Says Jeff Jones, CEO of Apple Corps, "This game will take you on a journey from The Beatles' first album, Please Please Me, until the last album, Abbey Road. It will span samples of the whole catalog all the way through."

To borrow the words of John Lennon, it will be interesting to see how many game players can "pass the audition."