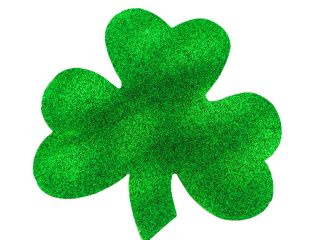 Today is St Patrick's Day - a holy day for Roman Catholics in Ireland. But also a day when anyone who claims Irish roots - and anyone else who's along for the craic - raises a glass to Ireland's Patron Saint.

It will be a night of quaffing Guinness and whiskey, wearing large foam hats emblazoned with shamrocks, and generally using the occasion to sink a drink. Or five.

And what's the soundtrack for St Patrick's Day drinking? It could be this…

The Pogues - Fiesta
If only for Shane MacGowan's amazing shirt choice and the fact that it sounds genuinely drunk at the end.

Metallica - Whiskey In The Jar
Trad Irish song via Thin Lizzy goes grrrrrrr! Shout along, get a round in!

Thin Lizzy - Emerald
A song about the Irish vs the English. More importantly, there's guitars going off like fireworks.

The Pogues And Kirsty MacColl - Fairytale Of New York
This song will be played 273,214 times in NYC alone today - fact. This clip is from St Patrick's Day in 1988.

Face it, you're pished

Shane MacGowan & Nick Cave - What A Wonderful World
Yesh, and everyone is my besht mate..dribble, hic.

A message from The Pogues' Shane MacGowan... goodnight?