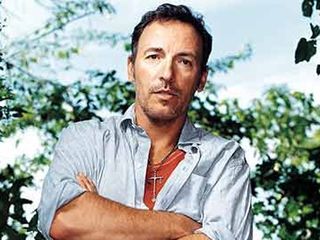 This is the first time The Boss has played a festival in the UK so expect tickets (available at 9am 13 February) to sell very, very fast.

Along with Blur, Springsteen has been hotly-tipped for a Glastonbury appearance since last year. But, with the Hard Rock event falling on Glasto's much coveted 'old-timer' Sunday night slot, a few questions have been raised.

Eavis and co could, of course, stick The Boss up on Saturday 27 June, leaving Neil Young (another rumoured hopeful) the final day's encore. Although a Blur/ Springsteen/Young triple-whammy doesn't exactly scream 'hip and happening.'

On the other side of the coin - with the fact that Bruce Springsteen And The E Street Band are in the same country on the same weekend - a Glasto slot could very easily be described as a 'no-brainer.'