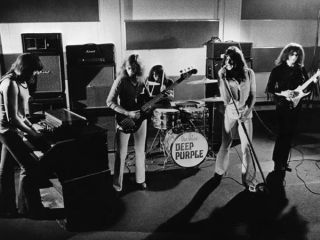 UK newspaper The Times has published a new list of what they judge to be the Top 10 guitar riffs of all time. The winner, Deep Purple´s Smoke On The Water, is an evergreen in votes such as this, but there are some surprises.

Unlike some lists that tend to draw heavily for one style of music, The Times´ regular music writer Will Hodgkinson has gone for a relatively broad range of artists - which inevitably means some of history´s most formidable riff writers are left out in the cold. Conspicuous by their absence are Black Sabbath, Cream, Metallica and Jimi Hendrix.

In The Times´ article, Guitarist magazine contributor and head of guitar at Guitar-X John Wheatcroft says: “If you are not careful a riff can sound very tedious. They´ve got to have an air of familiarity to them, but not sound like you know exactly what they´re going to do. Whole Lotta Love by Led Zeppelin isn´t much more than a single riff repeated about 50 times, but it still sounds great.” Indeed so. Here´s The Times´ own Top 10 greatest guitar riffs…

Visit The Times´ website for their reasons. There are some undeniable classics in there, but is this the definitive Top 10? Is there even such a thing?