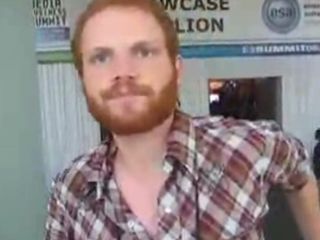 We all knew that a long-awaited Guns N' Roses track, Shackler's Revenge, was going to debut with Rock Band 2. But what we didn't know was that four Guns N' Roses albums could be dropping as early as September - so says a "rep" from Harmonix Systems, makers of the Rock Band video game.

But is the story even true?

During the recent E3 Games Show, a man claiming to be a Harmonix rep was interviewed about the upcoming Rock Band 2. After talking about the improved instruments, which includes a $300 premium drum set, the rep - who assumed he was talking off the record - let it slip that four Guns N' Roses albums are planned to be released to coincide with the MTV Video Music Awards.

"We work with MTV to make Rock Band," the rep says. "From what I've heard, there's going to be four simultaneous albums to be released that coincide with the VMAs."

The rep raves about the new track Shackler's Revenge. But he expresses some disappointment in the change in the overall Guns N' Roses sound, about how he misses Slash, and how the new material sounds "industrial" and "polished."

That's convincing enough. But then, anybody with an ear for YouTube already knows that some new Guns material is more "industrial". And after nearly 17 years of waiting for new material, the songs should of course be "polished" to the max.

Over at the official Rock Band forums, there's a denial that any of this is true.

"That dude in that video was just some tool pretending to be one of us and the poster of the video is an irresponsible waste of space," posts a Harmonix insider.

"Do I actually care what some dude whom has no idea what is going on but is a fairly good liar says on Youtube? No. I just never want anyone to think that any HMX employee could ever be so monumetally stupid as this faker was."

Ok. Guns N' Roses stories certainly get more "monumetal" (appropriate typo, MusicRadar likes that). But it's not beyond belief that this story has some truth in it somewhere.

Hasn't Axl Rose had quite enough time to deliver four albums' worth of songs? Yes. And of course Harmonix will deny it's true. Especially if this "faker" has himself been told something off the record that he shouldn't?

Or is this video simply more G N' R hype? - it could feasibly be part of the music industry's biggest ever viral marketing campaign.

Here's the video. Your thoughts?