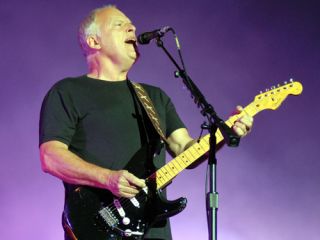 Former Pink Floyd guitarist and vocalist David Gilmour is one of the featured guest contributors on The Orb's upcoming album Metallic Spheres.

The follow-up to The Orb's 2009 release Baghdad Batteries and their 10th album in all, certain sections of Metallic Spheres were recorded in 3D60, allowing listeners to experience hearing some tracks in three-dimensional sound. The album will be available for digital download, double LP and double CD.

According to DavidGilmourBlog.com, all of the royalties from Metallic Spheres will go to support the campaign against the extradition of Gary McKinnon, the Glasgow-born computer systems administer who is accused of hacking into US Defense Department computers.

For longtime fans of The Orb, their involvement with Gilmour should come as no surprise - the group have remixed various Pink Floyd songs over the years such as Shine On You Crazy Diamond, Obscured By Clouds and Echoes.