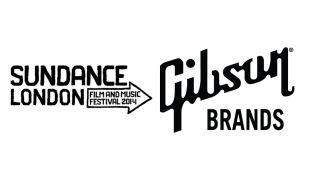 Is your band up to the task of entertaining the crowds at this year's Sundance London festival?

We've teamed up with Gibson and the Sundance London film and music festival to give you and your band the chance to play at the prestigious event.

Taking place at The O2 from April 25-27, Sundance London will host premieres of films fresh from the 2014 Sundance Film Festival in Park City, Utah, as well as panels, events and live music - which is where you come in.

We're offering one lucky band or performer the chance to play at the Gibson Sundance London Stage during the festival, as well as bagging festival tickets and amazing gear prizes in the form of a pair of Cerwin-Vega XD4 Powered Desktop Speakers and a pair of KRK KNS 8400 On Ear Studio Headphones. Not bad, eh?

To enter the competition, simply send a YouTube video of your band performing to gibsonsundancetg@gmail.com. A Gibson artist (TBC) will pick a winner from the submitted videos.

1) There is no fee for the performance
2) Gibson are not able to entertain any travel or accommodation expenses in relation to the band's performance
3) The winner grants Gibson Guitar Corp the right to use their name, photos and videos of their performance for PR and Social Media use
4) Entrants have to be over 18 years of age
5) A small stripped down band or acoustic singer/songwriters are preferred.
6) Set length is 30 mins
7) The entrants don't have to be from the UK but Gibson will not pay for any travel expenses

This year's Sundance London will play host to an array of premiering films over the three days, including Frank - an offbeat comedy about a wannabe musician, starring Michael Fassbender - and The Trip to Italy featuring Steve Coogan and Rob Brydon.

Music performers announced for the festival so far include Dele Sosimi Afrobeat Orchestra and London trip-hop collective Archive, who will be performing at the Opening Night party, following the premiere of their film Axiom.