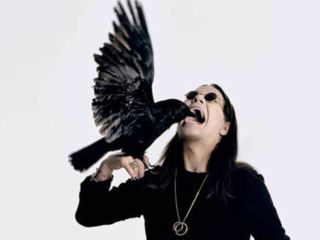 The way of the crow?

The Ozzy Osbourne-founded travelling festival that is Ozzfest has been cancelled for 2009.

With the news of Miami's Langerado Festival closing its doors due to "sluggish ticket sales," it was only a matter of time before another event followed suit. But Ozzy isn't blaming the dismal economy. The Black Sabbath mainman is taking a year off to finish his 10th studio album, the follow-up to 2007's Black Rain.

The way of the dodo?

Although the extinct reference might be a bit harsh, Ozzfest's recent history does paint a bleak picture. In 2007 the festival became a free event which relied solely on sponsorship deals to make a profit. And in 2008 the heavy metal line-up was crammed into one solitary day.

Regardless, a statement claims Ozzfest will return in 2010.