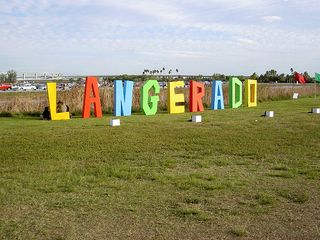 For every sold-out Glastonbury, there is, unfortunately, a festival casualty. Langerado 2009 has been cancelled due to "sluggish ticket sales" in a "dismal economy."

March's three-day Miami event was supposed to be the festival's seventh year, headlined by Death Cab For Cutie and Snoop Dogg. Granted, it somehow lacks the gravitas of 2008's REM and Beastie Boys, but it should have been enough to flog a few thousand tickets.

Apparently not, as this official statement explains: "The 2009 Langerado Music Festival has been cancelled due to sluggish ticket sales. Langerado's independent local promoters, faced with a very tough decision in a dismal economy, cancelled the 2009 event only after every possible option was exhausted."

Those who purchased tickets can expect a full refund, of course, but let's hope this isn't a sign of things to come.