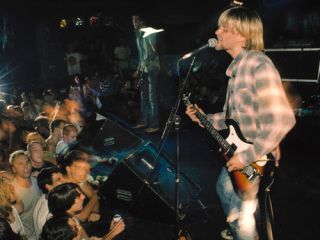 As you undoubtedly know, it's the 20th anniversary of Nirvana's Nevermind, one of the most important releases in rock 'n' roll history.

After you've checked out our extensive retelling of the making and the legacy of Nevermind and our interview with Nirvana''s manager, Danny Goldberg, why not listen to some music?

Courtesy of The End, the rock station of Seattle (how apropos is that?), you can hear three streaming tracks from the upcoming 20th anniversary box set: a Butch Vig-produced, Smart Studios version of Breed (originally titled Immodium), a boombox demo of On A Plain and a live version of Smells Like Teen Spirit recorded at Seattle's Paramount Theatre.

In all, the three tracks offer a neat, time-capsule view of the album that would revolutionize music. You can hear them all here.