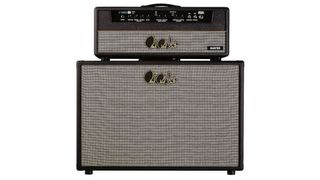 Boasting plenty of convincingly detailed spec, and even direct quotes, the reports are based on what certainly looks like a genuine PRS release sheet.

Discussing the launch, John Mayer said - allegedly - "I think amplifiers are such interesting, complex animals. The J-MOD 100 is the result of a lot of searching... what is my sound?

"What are the elements of all these amps I own that should be chosen to go together in one amp and have this really distinct voice? What we ended up with is a really open and expressive amplifier that I feel is a real evolution and a step forward in guitar amps."

The result (yes, yes, allegedly), designed by Mayer, Paul Reed Smith and Doug Sewell for both live work with Dead & Company and John Mayer Trio performances, is a single channel set-up with a switchable gain stage and effects loop, all powered by four 6L tubes.

We will of course bring you the full facts if and when they're confirmed - stay tuned!