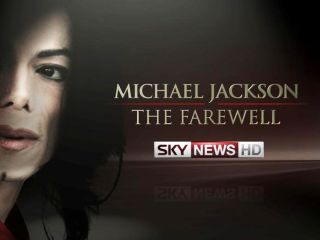 Today's Michael Jackson memorial service in LA is expected to be the biggest event in internet history.

There are fears that the surge in demand will even crash some servers. When Jackson died, Google even thought it was under attack due to the millions of users searching for 'Michael Jackson'.

The memorial is being shown live by numerous TV companies worldwide, and approximately 50 cinemas across the US are planning to broadcast the memorial live, for free. It will also be relayed to big screens across the UK, Australia and Hong Kong.

If you want to watch the memorial online, here's where you can go

Hulu/Fox News
The free-to-view Hulu site (US) is using a stream provided via the Fox News Channel.
Link: Hulu starting at 09:55 PST.

Facebook/CNN
Facebook and CNN have partnered to allow people to not only watch the memorial, but to comment on it via their Facebook status.
Link: CNN.com/Live starting at 09:00 PST.

MySpace
MySpace users will have a feed available.
Link: MySpace.com/MichaelJacksonMemorial

Sky News
Sky will be broadcasting live via their website.
Link: Sky News

MusicRadar will be watching and will post its reaction soon after.