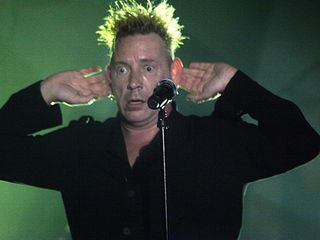 The bouncing, dub-ska One Drop, Public Image Ltd's first new song in 20 years, debuted today on the Steve Lamacq afternoon show BBC's 6 Music today. You can listen to the track, which includes the DJ's intro and outro, below.

One Drop signals something of a full-fledged reactivation of PiL by John Lydon. The song will be released on a vinyl four-song EP for Record Store Day on 21 April, and a full album, This Is PiL, will follow in May or June.