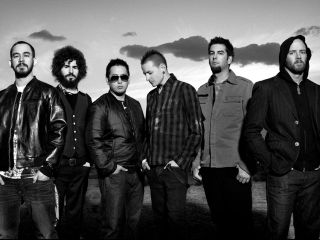 Aggro rap-rockers Linkin Park have let it be known that they're working on the score to director Michael Bay's much-anticipated sequel to Transformers, the sure-to-be bigger, louder, faster Transformers: Revenge Of The Fallen.

"My bandmates and I are working with award-winning film composer (and resident ass-kicker) Hans Zimmer," Linkin Park member Mike Shinoda wrote in his blog.

He added that the band wrote a new song for the soon-to-be mega picture (check out the trailer below), one which viewers will undoubtedly hear much of.

Variations on a theme

"The song we wrote is being used as one of the themes, and we will be writing various interpolations on that theme, and trying out some other thematic ideas as part of the (very large) team scoring the film."

Zimmer, who composed the score to The Dark Knight, is no stranger to working with pop musicians. Recently he collaborated with The Wu-Tang Clan's RZA for Babylon A.D., The Mars Volta's Omar Rodriquez for The Burning Plain and wil.i.am from The Black Eyed Peas for Madagascar 2.

While Linkin Park toil on the Transformers sequel, they continue work on their next studio record (described as a 'concept album'...oh, no), which was expected to drop this year but now looks likely for 2010.