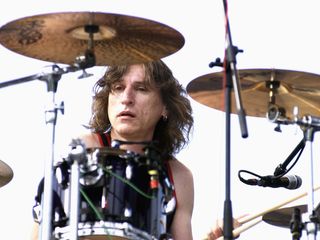 "Jerry had a heart attack last night," Pinnick wrote today at approximately 3pm EST. "He was operated on and is in stable condition at the hospital. Were all waiting for more info. I will keep you posted."

Gaskill and Pinnick first started working together in 1979 in Springfield, Missouri. A year later, they met guitarist Ty Tabor. The three formed a band called Sneak Preview. In 1985, they moved to Houston, Texas and changed their name to King's X.

The Houston Press reports that the band, currently celebrating the 20th anniversary of their self-titled Atlantic Records debut, was scheduled to begin a tour on 29 March.

MusicRadar sends best wishes to Gaskill for a full and speedy recovery.