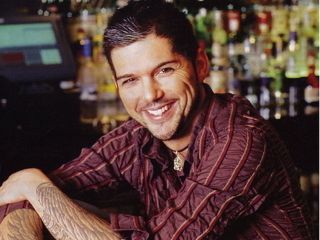 JD Fortune: excess got him booted from INXS

Four years ago, JD Fortune was on top of the world. The former Elvis impersonator was picked by INXS on the TV show Rockstar: INXS to front the band and help restore them to chart glory.

Now he's out of the group - leaving him broke, homeless and living in his car.

"They said, 'Thank you very much.' I found myself really alone because I had traveled with these guys for 23 months. I don't know where I am going...from sofa to sofa, from night to night. I am trying to get through my life."

While Fortune (whose real name is Jason Dean Bennison) says INXS were "cold and clinical" in how they sacked him, he admits that he's probably responsible for his firing. Turns out that while on the road he resumed a heavy cocaine habit, which he claims to have kicked before appearing on the reality TV series.

"It got as bad as it needed to be for me to numb out the fact that I knew this was going to come to a screeching halt," he says.

So far, INXS have yet to issue a formal statement regarding Fortune's termination. In fact, the singer is still pictured on the official INXS website as being an active member of the group.

Ironically, Fortune's current situation can be seen as an extreme case of an artist returning to his roots: before he auditioned for Rockstar: INXS, he was living in his car.