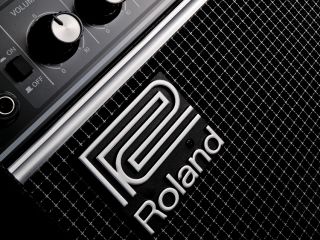 Never a looker, always a winner

Not even Roland could claim its JC-120 Jazz Chorus amp is a looker. If the Marshall stack is the passport to rock immortality, the JC-120 looks more like the suitcase. Its control knobs and panel design don't half give away its age, and just about everyone who has ever cranked the JC's dirty channel will tell you it's not the reason to buy this amp.

If this is starting to sound more like a roast than a heartfelt appreciation, the fact that players such as ex-Police guitarist Andy Summers, former Smith Johnny Marr and James Hetfield of Metallica have put the spatial depth of a Jazz Chorus to good use should redress the balance.

You can hear Summers running his JC-120 with the chorus effect engaged on Police hits such as their 1983 smash Every Breath You Take, while Marr famously used his JC-120 in conjunction with a Fender Pro amp for the recording of The Smiths' eponymous 1984 debut album. You can add Aerosmith guitarist Joe Perry's name to the Jazz Chorus fan club too.

The JC-120 is that rarest of beasts: a solid-state amp that's achieved legendary status. It was the first guitar amp to have an onboard chorus and, aside from the addition of a stereo effects loop somewhere down the line, the JC's spec list has remained pretty much unmolested since it was launched in 1975.

That list includes a pair of 60-watt power amps running in stereo through twin 12-inch speakers, plus a bunch of onboard effects: reverb, distortion, vibrato and that stereo chorus, natch.

The chorus and vibrato are applied to the second channel only, and the switch gives you the option of choosing between the two effects. Both share speed and depth controls.

A year after launching the JC, Roland condensed the power of its chorus and vibrato circuit into the CE-1 Chorus Ensemble pedal. The Roland JC-120 Jazz Chorus is still going strong, having recently been immortalised in digital form for the latest generation of Roland Cube amps.

A new JC-120 will set you back £1,019 at its full retail price. You won't have to pay quite that much, but if it's still a stretch, a used one will set you back between £400-£500. The JC-120 is one of those amps you just have to try before you die. Just remember to bring your own distortion pedal.