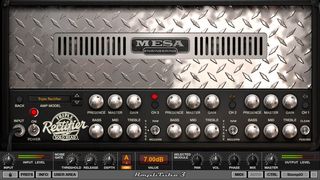 Mesa Engineering has teamed up with IK Multimedia to co-develop guitar amp models for IK's AmpliTube software, culminating in AmpliTube Mesa/Boogie for Mac and PC.

Joining existing officially licensed models from the likes of Fender and Orange are Mesa/Boogie's Dual and Triple Rectifier, Mark III, Mark IV and TransAtlantic TA-30, along with their respective matching cabs.

Each of the models includes all the features associated with each amp, such as five-band graphic EQs, multiple channels and myriad voicing options.

The AmpliTube Mesa/Boogie bundle is available from the IK Multimedia online store on 1 September for €149.99, while preorders secure the software for €99.99. Check out IK Multimedia for more.