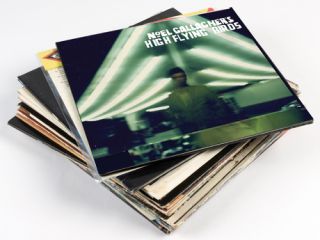 With anticipation building in advance of the 17 October release of Noel Gallagher's High Flying Birds, the debut solo album, from the former Oasis songwriter, you can now get another taste of the upcoming LP.

Following on from lead single The Death Of You And Me, US radio station KROQ is hosting an audio stream of If I Had A Gun, the third track on the album and the full studio version of a song that's been floating around in bootleg form for a couple of years now.

Check out If I Had A Gun over at KROQ and let us know what you think. To read our thoughts on that song and others from the High Flying Birds album, check out our album preview following an ultra-exclusive listening party in NYC that MusicRadar was lucky enough to attend.