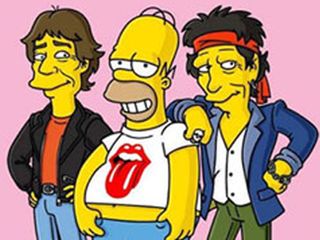 If you're like us and you have a rock 'n' roll fantasy (well, one that can be printed), then this might be up your alley - The Rock 'N' Roll Fantasy Camp. No, it doesn't involve groupies and Sweet Tarts, but it's the next best thing, a chance for wannabe rockers to meet and jam with real-life rockers.

Actually, The Rock 'N' Roll Fantasy Camp has been going on for 10 years now, but unlike previous years where it was held in one location, this time the camp is hitting 15 different cities. Here's how it all works: for a one day fee of $1,999 (we didn't say it was cheap), you get to meet, rehearse and perform onstage with a celebrated group of rock vets - better known as "counselors."

Einstein calls the camp "the ultimate live-the-dream experience. Let's say you're a doctor or a lawyer and you've always dreamed of being onstage and feeling like a real rock star. This is your chance - and you get to play with your heroes."

Playing experience is no biggie. Says Einstein, "We don't care if you're a virtuoso or if you barely know two chords, if you have the passion, we'll get you onstage."

But what if somebody wants to go all the way, all 15 cities, the whole works, what then? "They'd be pretty exhausted after 15 cities," says Einstein. "But hey, if somebody has the money to spend and wants to shoot the works, we'd gladly accomodate them."

Somewhat appropriately, the Rock 'N' Roll Fantasy Camp kicks off July 9 in Pryor, Oklahoma at the Rocklahoma Festival - campers will hit the main stage as the opening act for Ratt, Warrant, Cinderella et al. That sounds all well and good, but we're just excited about the prospect of jamming on Seventeen with Kip Winger. $1,999 is but a small price to pay for such rock glory.

Want to hit the camp? Click here for information on cities, dates and how to sign up.