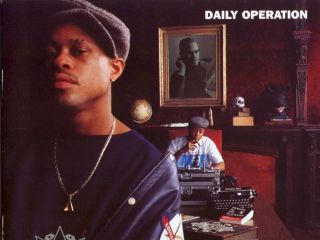 Legendary rapper Guru, who with DJ Premier created several classic hip-hop albums as Gang Starr, is reported to have died.

A statement on the DJ Premier blog states that "Guru has passed away yesterday morning (April 19) after a long battle with cancer." It goes on to say that the rapper, real name Keith Elam, had been suffering from the disease for more than a year and was hospitalised early in 2010.

In a letter alleged to have been written by Guru prior to his death and provided by his current production partner Solar, he says: "I, Guru, am writing this letter to my fans, friends and loved ones around the world. I have had a long battle with cancer and have succumbed to the disease. I have suffered with this illness for over a year. I have exhausted all medical options."

While Guru will perhaps be most fondly remembered for his work with Gang Starr - notably 1991's Step in the Arena and 1992 follow-up Daily Operation - his Jazzmatazz range of releases also garnered considerable critical acclaim.