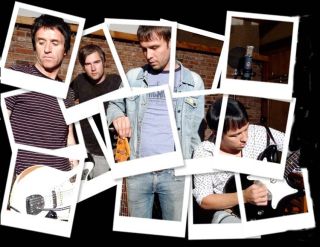 The Cribs have made the first song from the band's fourth album, Ignore The Ignorant, available as a free download. It's the group's first to feature ex-Smith Johnny Marr as a full member.

We Were Aborted is available 7 July only.

Frontman Ryan Jarman told NME: "We Were Aborted is the first song that The Cribs ever wrote with Johnny, literally the first thing we did, just plugged in and this came straight out. I think that because of that it has retained a lot of urgency which is something we have always tried to maintain."

Ignore The Ignorant is released on 7 September. The full track listing is: