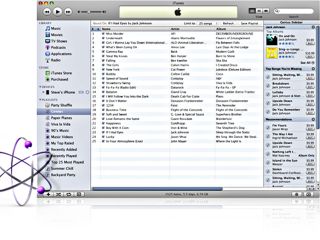 A gang have pocketed £200,000 in bogus royalties, according to police, after downloading their own music from iTunes and Amazon.com using stolen credit cards.

Police arrested nine people in London, Birmingham, Kent and Wolverhampton following a joint international investigation with the FBI that began in February.

A London DJ was among the gang, who police believe uploaded music to iTunes and Amazon.com before spending £460,000 to buy the tracks using stolen credit cards.

The gang allegedly compiled 19 songs to put online and then used distribution service Tunecore to upload the tracks to websites before downloading them at £6 a time.

Detective Chief Inspector Terry Wilson told The Daily Mail: "This has been a complex investigation to establish what we believe to be an international conspiracy to defraud Apple and Amazon.

"This investigation, with its national and international dimension, exemplifies why we have set up this national response to e-crime. It shows the success that can be achieved through our close working relationship with the FBI."